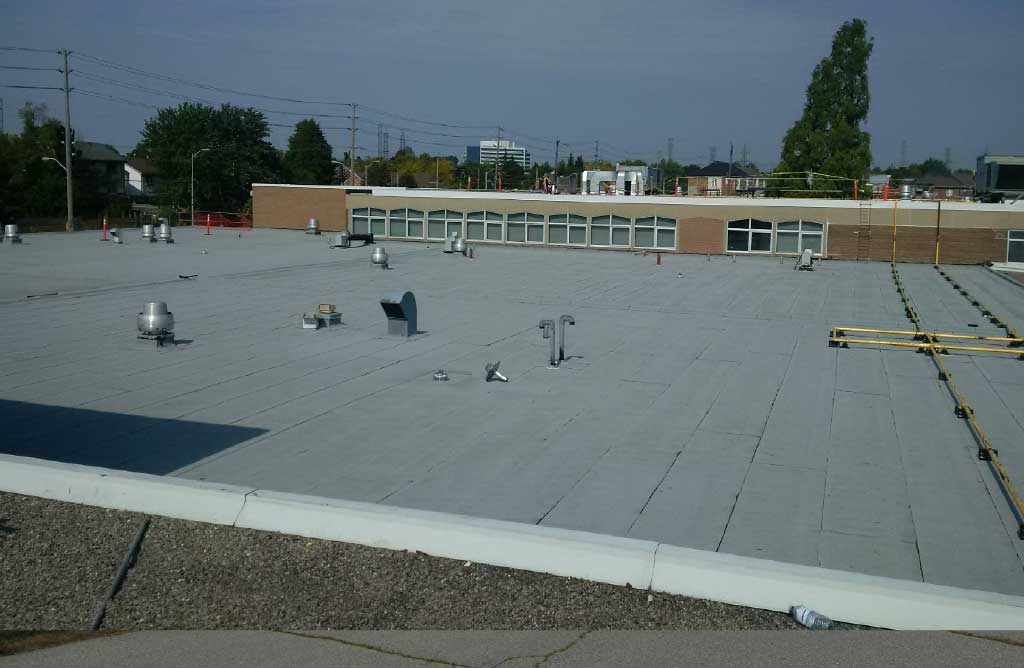 Provided the design and implementation services for the replacement of various roof systems, replacement of exterior doors, repairs and re-pointing of the brick façade, re-build of the main entrance statue and mechanical investigations on the drainage system of the Michael Powers Secondary School. A total of 105,000sqft of the existing ballast roof is being replaced with a 2 ply modified bitumen roof system (27 roofs in total). The school’s 45 exterior doors comprising of single doors, double doors and multiple series doors were replaced along with the frames, hardware and sidelites. The façade is comprised on double wythe and single wythe bricks, which are spalling, deteriorating and delaminating in numerous locations throughout the school. A total area of 2,500sqft of brick façade was replaced and/or re-pointed.